Chandler Center for the Arts 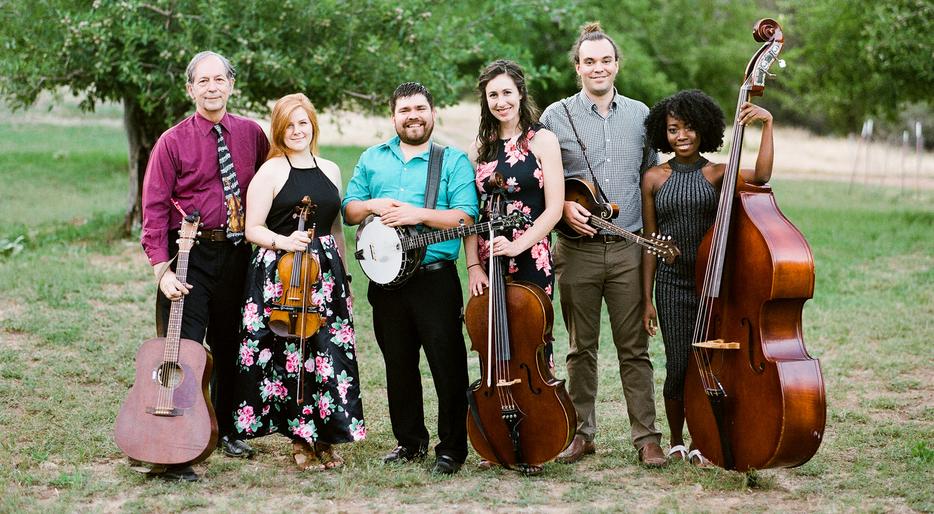 Cisco and The Racecars

Cisco and the Racecars specializes in bluegrass, folk, and old time Americana music. Their energetic style and diverse arrangements and instrumentation create a unique blend of old and new. Under the management and vision of Francisco Briseno, Cisco & The Racecars has taken its place as one of the premier bluegrass bands in the Southwest.

The band is composed of Francisco Briseno on banjo, Mark Hickler on guitar, Giselle Lee on fiddle, Chester Carmer on mandolin, Katie Carmer on cello, and Joelle Tambe-Ebot on bass. Francisco, an Arizona State Banjo Champion, has gathered his band members over many years and together they've formed a highly unique and authentic sound. Although their roots are bluegrass, and they remain true to that tradition, they also play popular, country, and old-time music. The band plays festivals, special events, parties, weddings, and members also arranged and played 35 performances for the world premier theater production of "Burning in the Night".

In addition to performing, Cisco & the Racecars mentors the young players of the Jam Pak Blues 'N' Grass Neighborhood Band, a local after school music program that gave several of the band's members their start.

In summer 2018, the band had the opportunity to tour Ukraine, playing concerts in villages and towns across the country. This musical diplomacy trip was arranged by the Peace Corps and generously funded by the Trust for Mutual Understanding and the American Embassy in Kiev.. Cisco & the Racecars returned to Ukraine in summer 2019 for a second tour. They look forward to future opportunities to travel the world, share their music, and promote international understanding.